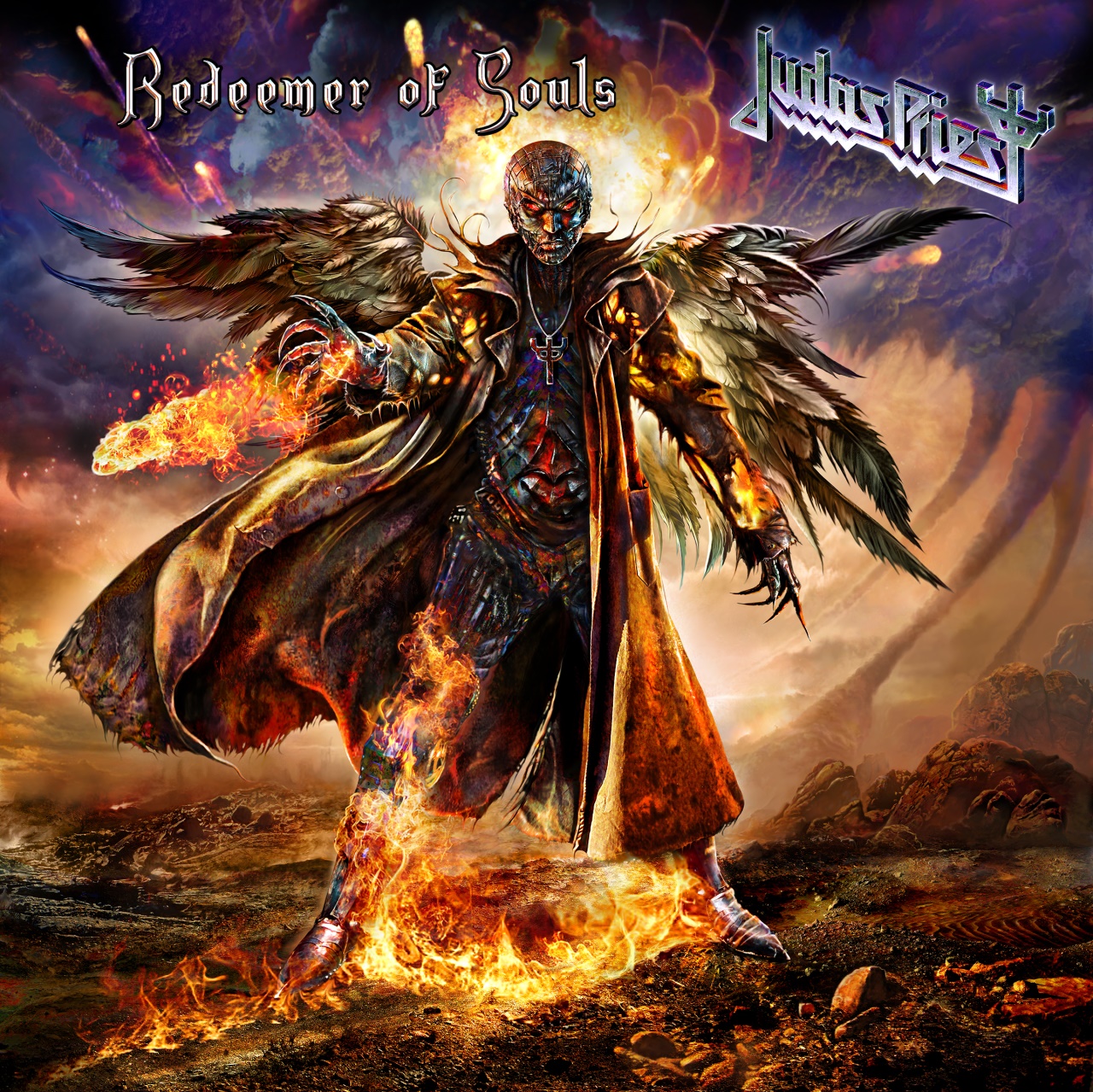 Stream the full, brand new song March of the Damned with an introduction from Glenn!!

Halls Of Valhalla
(with Intro from Glenn and Rob)

Metalizer Preview
(with intro from Glenn and Richie)

Order Redeemer of Souls on iTunes now at
iTunes
Amazon

There are only a select number of bands that have accomplished what Judas Priest has throughout their career (as well as having served as a stylistic influence on such a wide variety of bands). Soon the group - singer Rob Halford, guitarists Glenn Tipton and Richie Faulkner, bassist Ian Hill and drummer Scott Travis - will be offering up more classic Judas Priest metal with the release of 'Redeemer of Souls'

To be released in the US on July 8th, 2014 via Epic Records (as a standard version and a deluxe edition with five bonus tracks), 'Redeemer of Souls' is Judas Priest's latest collection of epic metal - "raising the bar is consistent for us and 'Redeemer' hits the ground running" - it matches up perfectly to earlier Priest classics as evidenced by the album's leadoff single 'March of the Damned' ("we are forging ahead, slamming the pedal to the metal!") - the band mean business once again.

"We feel 'Redeemer of Souls' reinforces our passion for what we believe in from the Judas Priest style heavy metal." The album also marks Richie Faulkner's studio debut with Priest and is the co-writer of the material along with Glenn Tipton and Rob Halford.

And while fans are undoubtedly starved for more Priest (their last studio album 'Nostradamus' was released in 2008) the band themselves are eager for the world to hear their latest studio triumph. "Classic combination of all the statements we love to create with raging guitar riffs and solos, thundering drums, thick grooves of bass and vocals tearing it all up!"

The word "epic" is thrown around too often in the world of music, but Judas Priest's new album 'Redeemer of Souls' is, in fact, truly epic. From Rob Halford's powerful vocals to Glenn Tipton and Richie Faulkner's monster riffs and soaring guitar solos, 'Redeemer of Souls' takes listeners on a fantastical metal journey from beginning to end.
-- Spencer Kaufman, Loudwire.com

REDEEMER OF SOULS
tracklisting as follows:

SNAKEBITE
TEARS OF BLOOD
CREATURES
BRING IT ON
NEVER FORGET